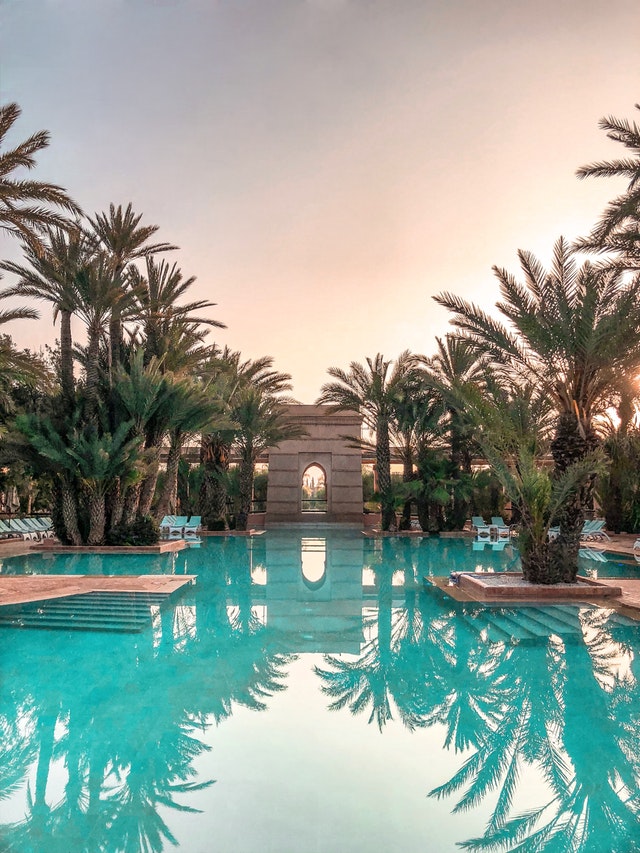 The following article appeared in the New York Times in December 2018.

The restaurant at Fountaingrove Lodge has a sweeping view of California’s Sonoma County, a panorama one might expect at a five-star resort. The grounds include an impressive wine cellar, spa, bank, fitness center, movie theater and a large outdoor swimming pool.

But Fountaingrove Lodge is a not a resort — it is a retirement community, part of a new breed of luxury supportive senior housing. These upscale communities offer a continuum of care from to failing health, llowing people to age in one place for a relatively fixed price, but with amenities common in exclusive hotels and high-end cruise ships.

Now, as the baby boom generation is about to enter its most senior years, billions of dollars are being invested in a building surge for high-end housing. The investments will test limits of consumer spending in an industry where regulations are inconsistent or lacking, and contracts are criticized for being confusing and complex.

The potential market is huge. By some industry estimates, 20 percent of baby boomers, or about 15 million people, have saved enough to afford private continuing care, with many expected to demand a very high standard of living.

Mr. Baird and his husband, John Kennedy, moved to Sonoma in 2013 from San Francisco. Mr. Baird was skeptical of retirement communities, but “we loved the design. The quality of the finishes is quite good. It’s what you’d do in your own home.”

The community had made news as one of the first retirement communities marketed to older L.G.B.T.Q. people, a group that gay rights activists said has historically faced discrimination at care facilities. Mr. Baird and Mr. Kennedy bought a 1,800-square-foot apartment.

Fountaingrove Lodge is part of a category of housing called a Continuing Care Retirement Community, or C.C.R.C. Industry experts said there were nearly 2,000 C.C.R.C.s nationwide with about 700,000 residents. Many require entrance fees and monthly charges that cover services, care and food.

“You’re basically investing in your future health care and future needs,” said Stephen Maag, director of residential communities for LeadingAge, an association that represents organizations and businesses in the aging industry. “Then whatever you need within the continuum the community provides will be covered. So you’re basically locking in what you’re going to have to pay for the rest of your life.”

Mr. Maag said the average age nationwide of people entering the communities is the low 80s. Residents tend to stay seven to 10 years.

Entrance fees average about $300,000, but in the luxury category that can be substantially higher. Entrance fees for the largest units at Fountaingrove Lodge, two-bedroom bungalows, are about $1 million, with monthly charges of more than $6,000.

“Our occupancy rate is 100 percent,” said Robert May, the executive director, in October. Mr. May said there were 100 residents and a waiting list of nearly 70. (The need is acute for any housing in Sonoma County after last year’s wildfires destroyed thousands of houses.)

Demand is also high in North Dallas, where construction of the $140 million Ventana by Buckner luxury complex is due to be completed next year. The 186 apartments, ranging from 950 to 2,000 square feet, with concierge-level services and fine dining, have entrance fees from $400,000 to $1.8 million and monthly charges as high as nearly $11,000.

The mission is to “completely treat everyone like a V.I.P.,” said Rick Pruett, the executive director. “All those little touches, like you’d see at some of the finer operating hotel chains and resort centers.” Eighty-one percent of units are reserved.”

Similar luxury communities have opened or are in development in Southern California and Arizona.

“For our whole careers, we’ve been in the luxury housing business,” said Bryan Cho, executive vice president of Related Companies. “So we’re very excited about channeling all that talent into providing the best-in-class environment for seniors.”

Although early in the process, the Related-Atria plan is to offer rentals and not charge entrance fees.

Those fees can be confusing and daunting, often representing a large portion of someone’s savings or the proceeds from the sale of a home. Unlike a traditional property purchase, there is no real estate agent advocating for the buyer, and the industry is not federally regulated. Only 38 states have varying regulations, and contracts can be complex.

For example, sometimes portions of entrance fees go to residents’ estates upon their deaths, or are refunded when people leave. But getting those funds back could take months or years waiting for the unit to be resold. And there has been litigation over refund policies.

Because people have little control over how or when their units are resold, New Jersey recently passed a law that required operators to issue refunds in the order units were vacated. That means getting paid back “when the next unit is sold, rather than when your unit is sold,” said Katherine C. Pearson, a professor at Dickinson Law School at Pennsylvania State University, an expert in C.C.R.C.s.

Such details have people seeking assistance, and Brad Breeding has gained a following with MyLifeSite.net, a blog that reports on the industry and dispenses advice.

MedBest is a national Executive Search Firm exclusive to the Senior Living Industry established in 2001.  We recruit and acquire quality executive talent for all types of Senior Living Organizations and Communities across the US including Assisted Living, Continuing Care Retirement Communities, Independent Living, Memory Care, and Skilled Nursing Facilities.