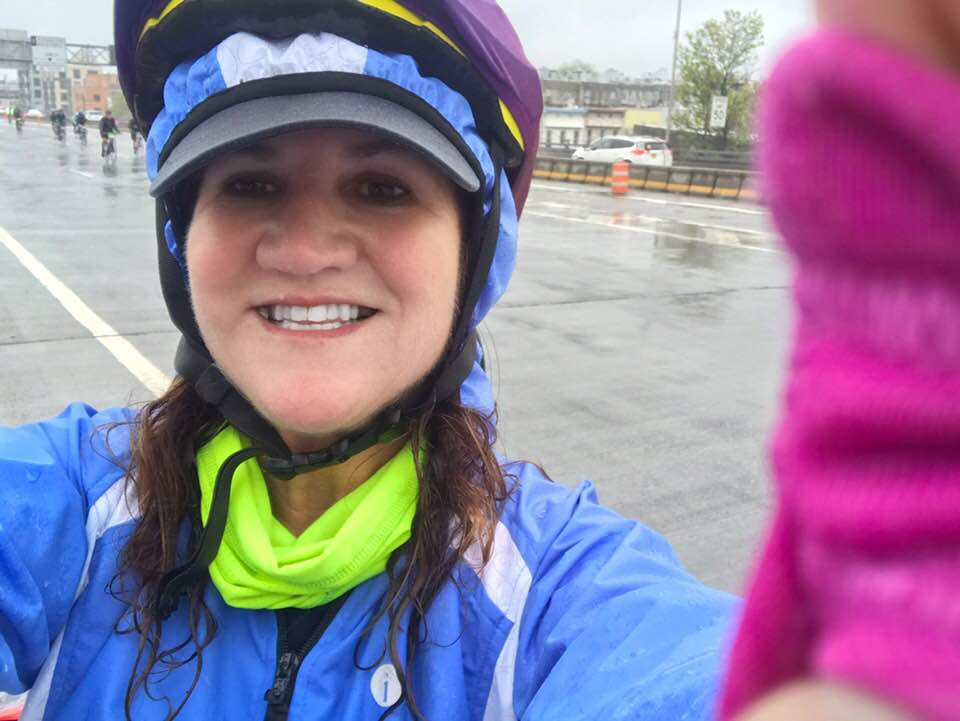 Thousands of cyclists set off from TriBeCa to start a 40 mile bike tour around New York City Sunday morning.

Despite a steady morning rainfall, cyclists from around the world strapped on their helmets and shoes for the 42nd annual Five Boro Bike Tour.

Riders started in Tribeca, Pedaled north to the Bronx, through Astoria, Queens and Brooklyn, and over the Verrazano Bridge to finish on Staten Island.

It’s the only day of the year cyclists can ride over the Verrazano Bridge.

Riders passed through Fort Wadsworth on Staten Island at the 35 mile mark where they pause for a celebration with live music, food, and beer.

Now in its fourth decade, organizers say riders keep coming back every year because this tour is about more than simply riding a bike.

“To look around at the riders, it’s not like other rides around the world where it’s all white men in lycra,” said President and CEO of the race, Kenneth Podziba. “We have people from all walks of life, you have kids, you have elderly people, you have people with disabilities.”

“It was awesome,” said one happy biker. “It’s the most perfect event ever. I wouldn’t trade it for the world.”

Cyclists rode the final 5 miles to the Staten Island ferry where they finished the tour and rode back to Manhattan.

Share It Now
Looking to fill a permanent
or interim position?
GET STARTED
Looking for your next opportunity?
FIND POSITIONS

“There’s a lot of choices out there when it comes to search firms but I’ve always gone back to Julie Rupenski and MedBest...

Julie and her team have an excellent reputation and it has been a pleasure to do business with her and the organization.

Gil was a great help when helping me find an MDS position.